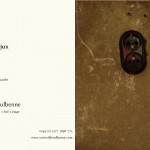 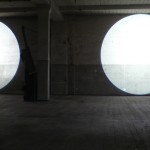 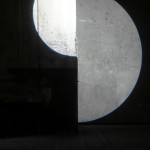 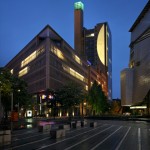 “The necessary and sufficient minimum: light enacted in a given situation (in a given space and time), offering the exposition situation itself to the spectator’s eyes”
“Not light but the act of lighting”
“To put light on something, and only that, is already to expose”
“My works – éclairages – mainly composed of light projections which are directed, framed and focused — can and, in my opinion, must  even be seen not only as simple images, forms or geometric signs of light projected in real space, but also and above all as both indexes and symbols of the event, the act, the fact, the object and the process which the exposition of anything at all, depending on the angle from which it is viewed, represents in the eyes of the viewer. These works refer to an artistic practice which  concentrates on the act of showing, focusing, in general and in particular, on what exposition actually is, a practice which is reduced, with a touch of irony, to the creation of éclairages. What is involved, assumed and asserted here is first and foremost the existential dimension of artistic activity, then the refusal (as far as it is possible) of artwork as a material thing (or a simple commodity), and finally the will to achieve a relative degree of conceptual precision and clarification in the field of art (however broad, uncertain and complex it may be).
Through this artistic practice, I seek to exemplify the singularity of the work while raising questions about its place and status today. My aim is to use its capacity both to move us and to provoke physical interactions with different elements, factors and parameters that are specific to the work as well as to the place we are in and the moment at which it is exposed, and of course, at the same time, to use its capacity to question  the way we look upon the world at large.”
Michel Verjux – Studio Père Lachaise, Paris, for my 19867 days of life (Autumn 2010).